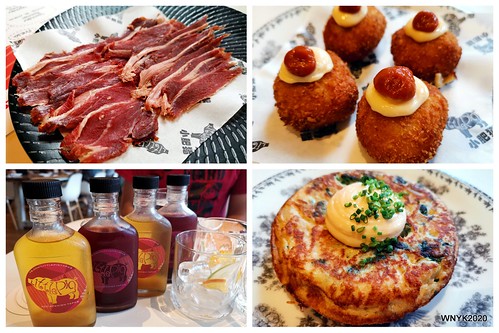 SK recently received her bonus payout, so it was the perfect excuse to wine and dine. She treated mum, KH, Gratitude, and I to a modern tapas dinner at Little Pig. Started off the night with some red and white sangria, and then she started mowing through the menu! That's the fun thing about eating with SK. I recommended the Crispy Pork Belly Eel Bao, and she loved it so much that she made a repeat order. The simple dish of potato omelette was also surprising good. The grilled octopus came with a sauce that screamed Kayu Nasi Kandar. I'll let the photos do the talking! 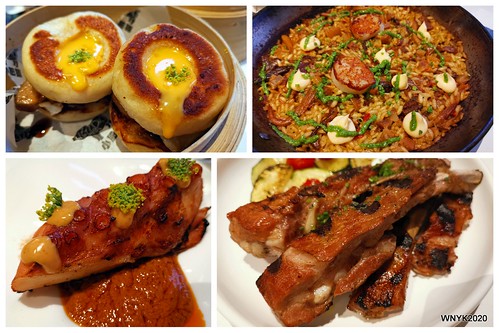 Posted by William at 3:19 pm No comments: 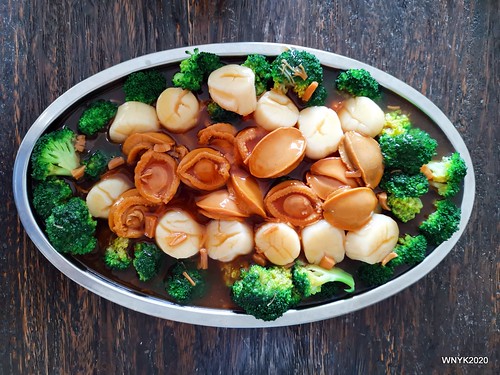 Once again, I was at Bandar Rimbayu for a party with SK's ex-colleagues. The potluck luncheon was to celebrate Chap Goh Mei, marking the end of CNY, and to fete the February babies. The host prepared some delicious dishes like kam heong prawns, vinegar pork trotters (with black beans), steamed pomfret, and a luxurious dish of abalone and scallops in brown sauce. SK brought a dish rice wine chicken, while another guest came with osmanthus-goji konnyaku jelly. For dessert, we had birthday cake with kopi o. 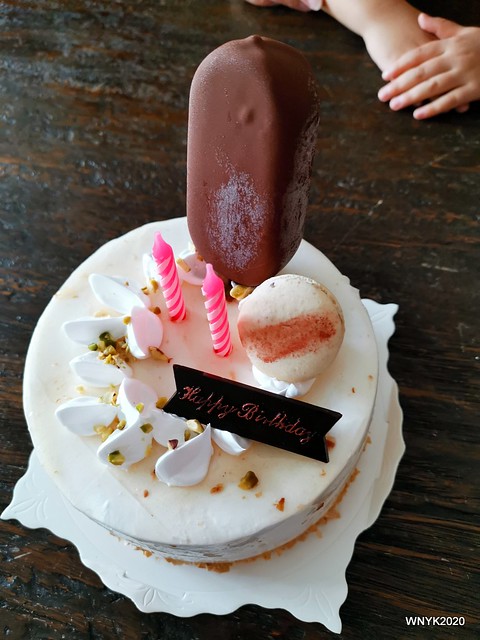 Come evening, KH brought mum and I to Dong Zhen Temple in Jenjarom. It was his second visit in the span of the week. He had just visited with his mum. Before admiring the lights at the Buddhist temple, we had dinner at Ban Siew Keng, a Taoist temple along the main road. The plaza in front of the temple was transformed into a Taiwanese night market complete with food stalls and carnival games. At the side were permanent structures that housed various food vendors. We chose to eat there. While enjoying our curry noodles, mee suah soup, and lobak, we had an excellent view of the Chap Goh Mei concert that the temple committee organized. 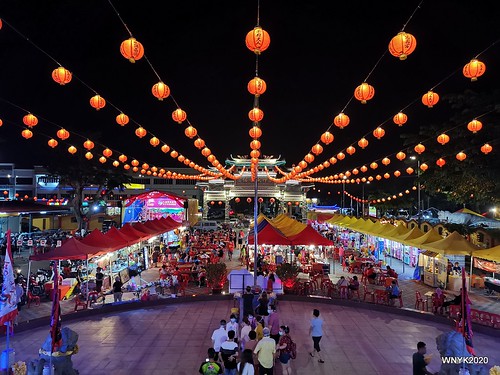 The crowd at Dong Zhen was definitely affected by the Covid-19 situation. Parking was easy to find, and there weren't any traffic jams. As usual, the whole place was decorated with loads of lanterns, and some were fitted with some mechanics, so that some part could rotate, or flap. The highlight was a giant rotating rat that came with a 1-minute laser show. In an attempt to recover the costs of the decorations and the electricity bill, the temple committee had employed various ways to get visitors to spend some coin. If you're thirsty, buy a drink from one their many F&B stalls. Wanna make a wish? Release a lighted lotus candle into an artificial pond. With your lover? Do cross the Lover's Bridge and ring the bell for a small donation. Once can also throw coins into a wishing well, or hurl weighted red ribbons up a wishing tree. And of course the most direct way, drop cash into the donation box. As we made our way from one section to the next, we got more and more lethargic from the heat. From the photos, one could tell that our enthusiasm ebbed as the night wore on. Haha. Once we canvased the whole place, we called it a night. 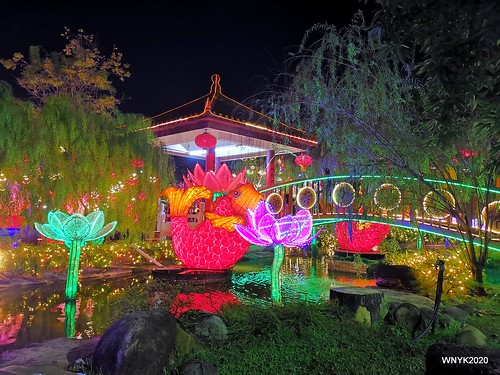 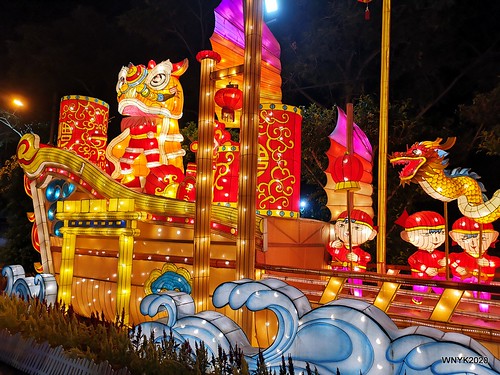 Posted by William at 1:59 pm No comments: 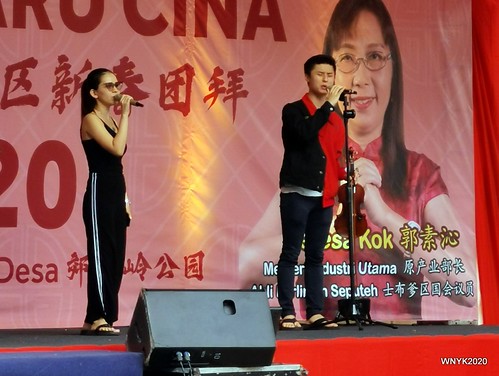 On the first Friday of February, YB Teresa Kok threw a big Lunar Chinese New Year party for her Seputeh Constituents at the Taman Desa community center. Once again, mum's association was invited to provide traditional snacks for the public. Mum was the person in charge for preparing tang yuan and ginger soup. Hard work started days before the event. And on that day, we had to lug pots, stoves, ingredients, and clean water to the event space. Other than our tang yuan, there were other stalls preparing satay, apam balik, cendol, rojak, curry noodles, and halal siew mai. That was just the snacks, dinner was a buffet line provided by Restoran Talipon. 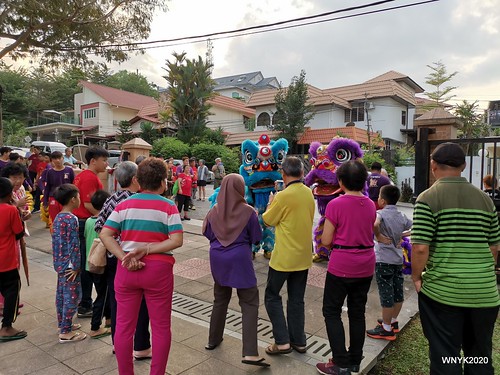 While mum and her crew were busy preparing and cooking, I went gallivanting and taking photos. Since they were so busy, I brought the food to them, so that they didn't need to step away from the stall. Many people started turning up at 7 PM, and that was also when the performances started, song, and dance, and wushu. YB Teresa Kok arrived later in the evening to officiate the acrobatic lion dance, and hand out red packets. In the end, there was a fireworks display. 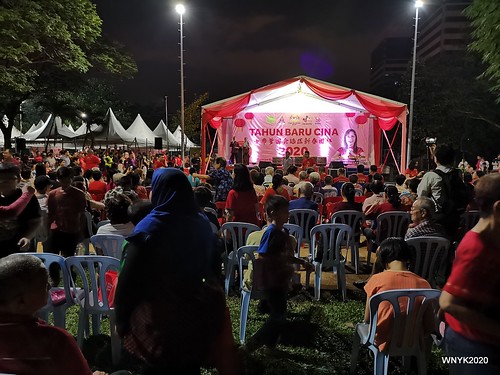 Think this was the last major community event by YB Teresa Kok as the Minister of Primary Industries. No more "Sayangi Sawitku".
Posted by William at 12:13 pm No comments: 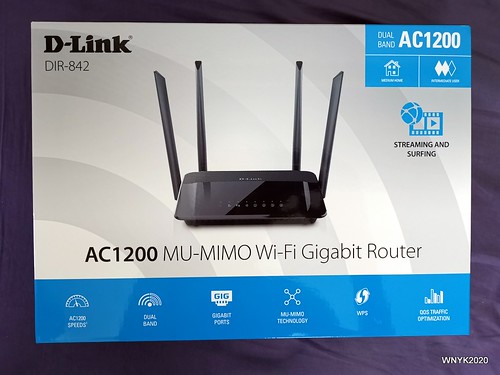 Felt that my Wi-Fi router was a bit wonky. The plug didn't connect well in my Belkin 4-gang extension. Some movement might cause my Wi-Fi router to lose power. I tried to move things around a little, I heard some sizzling and that was the end of my Wi-Fi router from Maxis. Not only that, the particular power socket in the extension also died.
Lesson 1 : Don't stick a two-pin plug into a three-pin socket without a proper adapter. Don't be tempted to stick a pen into the socket, and then push the plug in.
Lesson 2 : You can't connect your laptop directly to the TM Unifi modem and expect to get an internet connect. A router is necessary.
So I had to live without Wi-Fi for a few days while waiting for my new D-Link router to arrive. While lugging it home from the office, a well-meaning fellow passenger on the LRT commented that I should have gotten Asus instead. I took note of his suggestion.
Although I had the replacement on hand, I couldn't set up the new router immediately because I did not know the credentials and the settings. I had to wait another day in suspense waiting for Maxis to call me. Luckily the setup was pretty painless and I regained my Wi-Fi connectivity. Yay, back to downloading gay torrents!
Posted by William at 12:44 pm 4 comments: 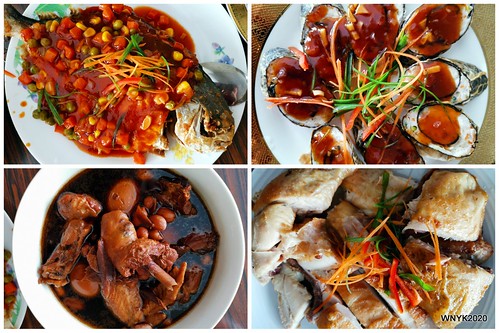 The Year of the Rat luncheon organized by Apollo's mum fell a bit short on guests. The Tribe, KT,  MiniMe, and SK all couldn't make it. KH arrived ahead of mum and I, who came after Sunday mass. Interestingly, Apollo had drinks display at his living room, showcasing the variety of beverages that he had stocked up. He had everything from canned coffee, to sodas, to pre-packed leong cha. Wicked. Our absent guests for 2020 missed out on a lot of delicious dishes like roast chicken, spring rolls, sweet and sour pomfret, vinegar chicken (a halal take on vinegar pork leg with peanuts!), assorted tempura, vegetable curry, stewed sea cucumber, crab meat and fish maw soup, and arrowroot chicken. However, that didn't stop us from polishing the food off the plates. Even opened a bottle of wine. 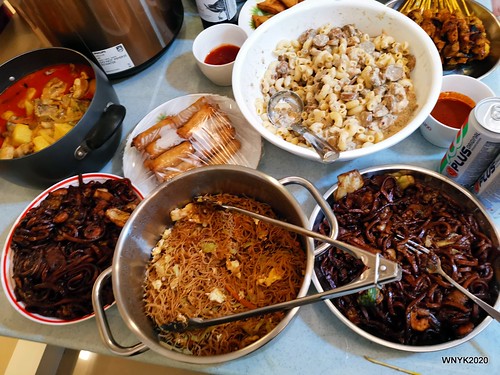 My CNY binge continued in the evening. An ex-colleague of mine organized a potluck at their new home. As usual, I brought roast duck, while my more talented colleagues cooked. The host prepared a lot of stuff too, like curry chicken, and fried bihun, which were pretty good. Once we were done eating and blowing water, we were given a tour of the 3-storey link house. The night ended with some gambling and drinking. All in all, it was a fun night, and kinda marked the end of CNY festivities for me.
Posted by William at 11:13 pm 3 comments: 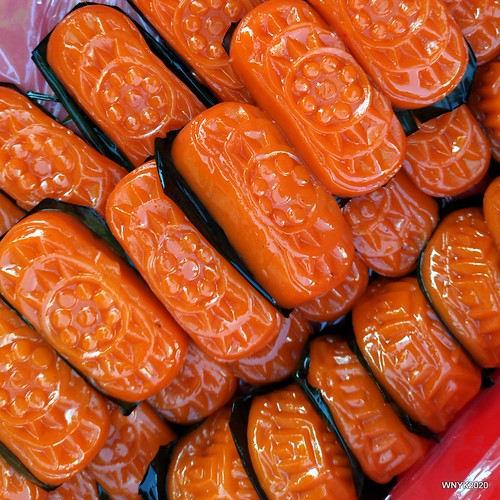 The day after Ren Ri is the 8th day of the Lunar Chinese New Year. At night, the Hokkiens will go crazy over the Pai Ti Gong ritual which involves elaborate preparations of food offerings, prayer items, sugarcane, and fireworks. It's the CNY season's second wind. Some households turn it into a major gathering of family and friends. The energy can be felt at the morning market as people do last minute shopping for the occasion. 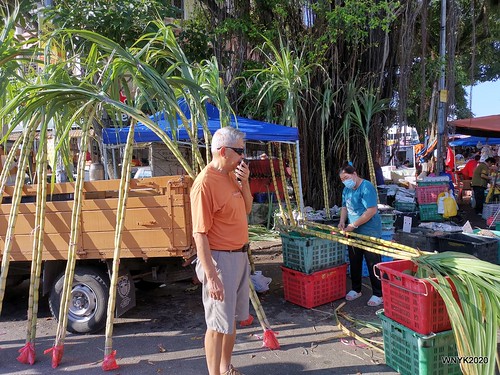 In the afternoon, I had a lunch date with SimonLover. The main point was for him to pass me an underwear stash. Haha. He helped me buy some stuff from the STUD warehouse sale. We met at Happy Sabah Pork Noodles, a place that serves sang nyuk noodles. It was too hot to chat there, so we moved on to ATE TEA Cafe. 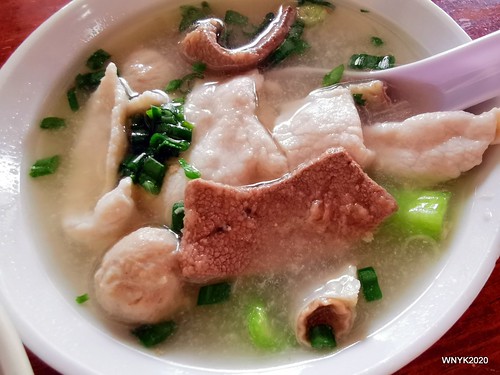 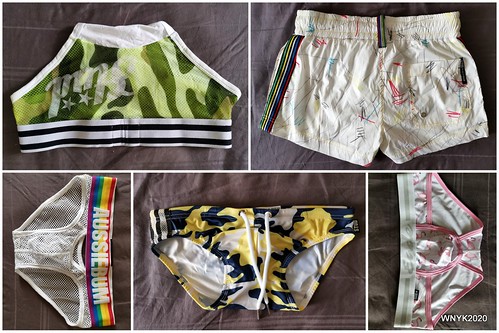 The celebration of Renri, or literally People's Day, dates back to the Han Dynasty. The 7th day of the Lunar New Year, marks the creation of mankind, literally everyone's birthday. Before lou sang became generic affair, it was customary to lou sang on Renri. This year, I joined a bunch of sisters whom I never met before. Every month, they have a sharing session, discussing about various topics affecting the gay community. Primarily a Chinese-speaking group. Surprised that KH actually can fit in. They organized a dinner at Restoran Sek Yuen, one of KL's oldest Cantonese restaurants (since 1948). The restaurant along Jalan Pudu now occupies three shop lots, and on that night, they seemed to be operating at full capacity. Our party occupied three tables on the second, and boy was it cramped (the good 'ol pre-Covide-19 days). KH introduced me to all the fabulous guests. I only knew three of them, the rest were all fresh faces. I had to be on my best behaviour. :P.
I had heard good things about Sek Yuen, but I wasn't too impressed with the food that night. Perhaps it's true that standards do drop during the CNY period with everything pre-prepared and frozen. However, the lou sang was pretty good. And I liked the steamed grouper and fish maw soup. Talking about the grouper, they actually gave us the wrong fish. It was supposed to be a pomfret, which they served later. They wanted to charge us for it, but the combined bitchiness a whole table of sisters repelled that silly notion.  The signature Eight Treasure Duck was underwhelming, and seemed like starchy mess. The hamtan Scotch eggs and lap mei fan was average.
Since I couldn't socialize with everyone, I spent considerable time chatting with my 'neighbour', Art. Nice guy, who does accounting, and operates a bubble tea kiosk. He is quite knowledgeable about tea culture, and is also an avid tennis fan like JJ. After dinner, some of them went for round two at VCR Cafe, but KH and I decided to call it a night.
Posted by William at 6:27 pm 6 comments: